Which operating system is better? 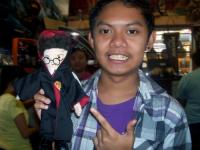 erisse
February 2009 edited 11:53AM in World of PCs
Vista, XP, windows 7 , etc...i just wanna knoe which operating system is better especially if ur dealing with small and large businesses...

coz i need it for my assignment... we need to make up a networking system for a company... and im kind of stucked...